Dragonflies have an incredibly expansive vision, seeing in almost all directions at once. In the international contemporary artist Xu Bing’s first feature film Dragonfly Eyes, the dragonflies are the over 245 million global surveillance cameras. The film is created entirely from 10,000 hours of downloadable Chinese surveillance footage to create a fictional tale about a young woman’s life in modern China. It reflects the haunting strangeness of our new technological reality, while also commenting on privacy and violence. Xu Bing’s Dragonfly Eyes has been screened at the New York Museum of Modern Art, Centre Pompidou, Yale and Harvard Universities, etc. The film screening is open to the public. It has a running time of 1hour 21minutes and is in Mandarin with English subtitles.
‍ 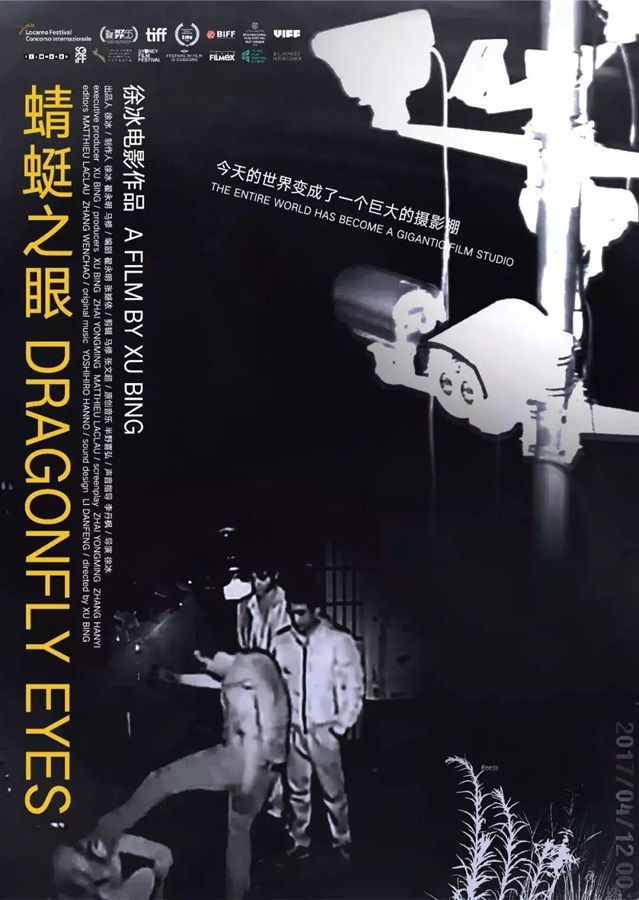 Xu Bing was born in Chongqing, China, in 1955. He earned his B.A. degree from the printmaking department at the Central Academy of Fine Arts in Beijing (CAFA) in 1981, while earning his MFA in 1987. He moved to the United States in 1990. He moved back to China in 2007. From 2008 to 2014, Xu Bing served as the vice president of CAFA, where he is now a professor and the director of the Academic Committee. He currently lives and works in Beijing and New York.

Xu Bing’s work has been shown at the Museum of Modern Art, New York; The Metropolitan Museum of Art, New York; the Solomon R. Guggenheim Museum, New York; the Arthur M. Sackler Gallery, Washington, D.C.; the British Museum, London; the Victoria and Albert Museum, London, among others international exhibitions. Xu Bing was awarded a MacArthur Fellowship in recognition of his “capacity to contribute importantly to society, particularly in printmaking and calligraphy.” As well as the Department of State-Medal of Arts for his efforts to promote cultural understanding through his artworks.